Home » Graeme Donald Snooks: Fight the Virus, Not the Economy!

Fight the Virus, Not the Economy! 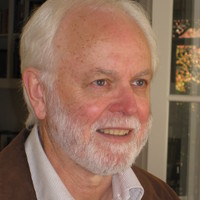 Graeme Donald Snooks is a systems theorist and stratologist who has developed a general dynamic theory to explain complex living systems. Graeme was previously the Coghlan Research Professor of Economics and History at the Institute of Advanced Studies, Australian National University from 1989 to 2010, and currently works as the Director of the Institute of Global Dynamic Systems since 2010. Professor Snooks has published 30 books and almost 100 scholarly papers.

His resulting “dynamic-strategy theory” has been employed to analyse the fluctuating fortunes of life over the past 4,000 million years (myrs) and of human society over the past 2 myrs; to analyse contemporary economic problems; to explore socio-political issues (population expansion, the emergence of democracy, the “clash of civilizations”, disease (COVID-19) control, the failure of straegic leadership); to analyse the emergence, operation, and malfunction of the mind; and to make scientific predictions about the future.

New discoveries emerging from Snooks’ publications include: existential schizophrenia, strategic frustration, strategic selection, the growth-inflation curve, the strategy function, the logological constant (akin to the cosmological constant), the Snooks–Panov Vertical (or the singularity), technological paradigm shifts, the Solar Revolution, and, most importantly, the strategic logos.

In his “Call to arms”, renowned systems theorist and stratologist Graeme Snook analyses the dynamic costs associated with the Coronavirus pandemic on the global economy. In what will become a monthly review of the world’s response to the pandemic, Snooks will analyse and comment on the methods employed by governments and institutions from around the world, for better or for worse.

“This paper is a call to arms. But it is a call to arms to wage war not on the economy that sustains us all, but on the new virus that threatens the lives of many. While COVID-19 can and will kill many individuals, it cannot seriously endanger the dynamic life-system that underlies our civilisation. That can only occur through massive and misdirected government intervention—by what I have called the “interventionist storm”:

Graeme Snooks tackles the lockdown of people and businesses in combating the Coronavirus pandemic.

Update #3 – Will The World Ever Recover?

As the pandemic progresses, Graeme Snooks compares the world’s reaction to the coronavirus and its impact on the global economy long-term.